Private Olsen lost his life on 5 November 1942, while on a patrol on the Kaien Island Highway, 1-1/2 miles east of the Midland Regiment Military Camp at Frederick Road near Prince Rupert B.C., when his Bren Gun Carrier slipped off a bridge pinning him underneath, in the creek below.

He was remembered by his Regiment with a memorial cairn placed adjacent to the accident site. Unfortunately, when the Yellowhead Highway was constructed after the war, the memorial was no longer visible as it now stands some 50 yards in the forest area.

To ensure Private Olsen will be remembered, a new bronze memorial plaque has been produced, dedicated on 11 November 2019 and rests in the grounds of Prince Rupert’s Cenotaph precinct.

Thanks to the British Columbia Veterans Commemorative Association, Ms. Kathleen Larkin, Deputy Librarian, Prince Rupert Library, The Canadian Rangers and the BC Ministry of Citizen Services for their commitment to establish this meaningful memorial.

We shall remember Private Allan M. Olsen, he sacrificed his life to keep Canada SAFE, STRONG and FREE. 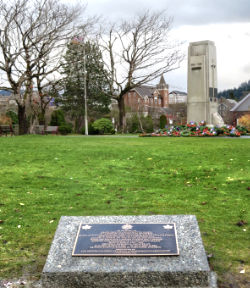 Sincere thanks to Director Kathleen Larkin, Deputy Librarian, Prince Rupert, B.C., for her unstinting commitment to the commemoration of: 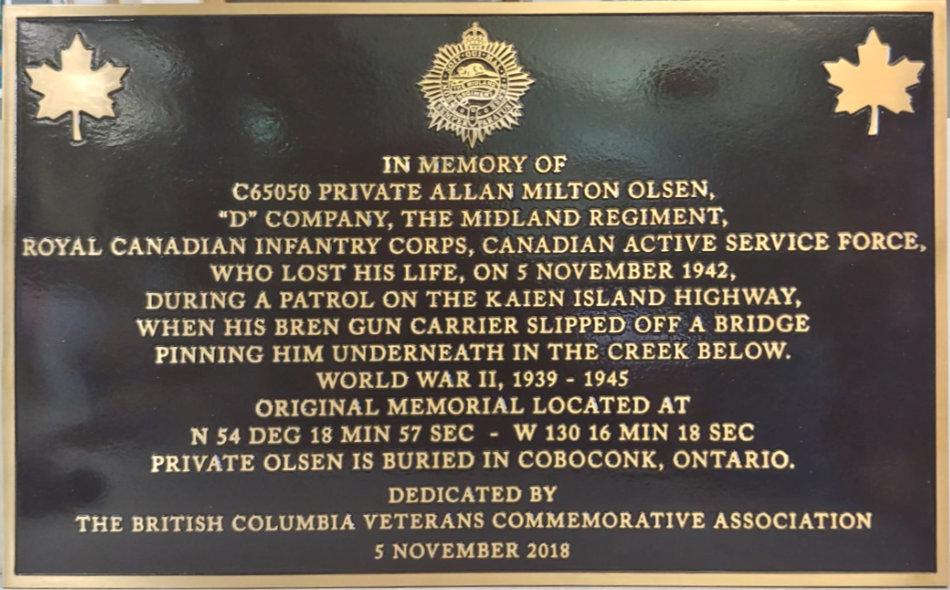